The New Zealand Racehorse Owners Federation (NZTROF) is officially recognised under the Racing Industry Act 2020 and in the Constitution of New Zealand Thoroughbred Racing.

The Federation was established in 1937 and was originally known as the Owners’, Breeders’ and Trainers’ Association. Progress was initially slow due to World War II but, after the war, activities picked up and the Association became an Incorporated Society in 1948.

Although the regional associations were active in their local areas, the national voice was not strong during the 1950s.

When John F Fouhy became President of the Association in 1962, he worked to bring the various district associations together, travelling around the country to gather information about the various issues of concern, and energising the organisation. Under his presidency, having uncovered some of the less satisfactory aspects of racing administration at that time, the prime objective was to establish a Royal Commission to chart the future of racing in New Zealand.

Following a period of remarkable growth, in 1965 the organisation became the New Zealand Racing Owners’ and Trainers’ Association, with the Breeders separating to form their own independent association.

Jack C Pollock, MBE, JP, became President in 1969 and the initial research work done under John Fouhy’s tenure took a positive step, with the setting up of the Royal Commission. Under the Chairmanship of the Right Honourable Sir Thaddeus McCarthy, the Commission investigated the concerns raised by the Federation. The Federation held a nationwide raffle to raise the funds needed to pay for a Queen’s Counsel to represent it before the Commission. 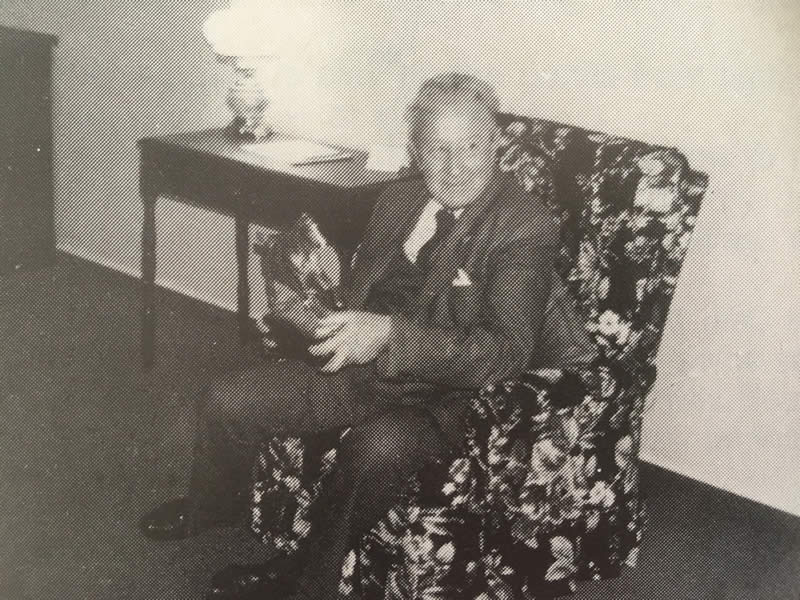 Nearly all the changes proposed by the Federation were contained in the recommendations of the Commission and, in turn, almost all of those were adopted by the Government of the day.

In 1975 S N Munro (Syd) became President of the Federation, taking over from Jack Pollock (1969-1975). At that time the primary role of the organisation was “to look after the wellbeing of members” and its secondary role was “to cooperate with the NZ Racing Conference”.

Jack Pollock was officially farewelled and thanked at the Federation’s AGM in 1981. His role in setting up the Royal Commission and thus, the Racing Authority, was invaluable, as was John Fouhy’s before him and Patron at the time, Sir James Wattie.

Since its inception, the Federation, in its various guises, has lobbied for and been consulted about many matters vital to the wellbeing of the industry, with the interests of owners always at the forefront. A number of influential people have been involved over the years, guiding it through challenging times, keeping it buoyant and ensuring members are informed and involved.

During the late 1960s and 1970s the organisation was united, politically active and, at branch level, social events and outings were regularly organised and well-attended. Many of the Associations were also responsible for running trials in their areas. The work of those involved during that era brought about enduring change and improvement for the industry.

In August 1993 the organisation became the New Zealand Thoroughbred Racehorse Owners’ Federation, continuing to work and advocate for and on behalf of racehorse owners.

NZTR is the governing body of the thoroughbred code in New Zealand. It was formerly known as the NZ Racing Conference when it was initially set up in 1893 and became New Zealand Thoroughbred Racing (NZTR) in 1999.

Sir William Russell, from Hawke’s Bay, became the founding President of the New Zealand Racing Conference. Longtime Federation Board member and Manawatu delegate Allan Fenwick was Chief Executive of the NZ Racing Conference 100 years after its establishment, from 1993 to 2005.

Liaison between NZTR and the Owners’ Federation is regular and important work.

When the Racing Act 1971 was in effect, the Federation combined with the trotting and greyhound codes in 1980 to present submissions before the Select Committee regarding amendments to the Act. The three codes working together was history-making.

For 17 years the industry operated under the Racing Act 2003 until the Racing Industry Bill, amending the 2003 Act, received Royal Assent on 30th June 2020.

The industry now operates under the Racing Industry Act 2020.

The TAB has quite a history.

An Off-Course Betting Scheme (TAB) was approved by the Minister of Internal Affairs on 20th September 1950 and the first two TAB Offices, in Feilding and Dannevirke, opened for business on 31st March 1951.

On 1st August 1972 the New Zealand Racing Authority was set up, by Government, to implement the recommendations of the Royal Commission (as outlined above). This body subsequently became the NZ Racing Board, overseeing all three racing codes and betting from 2003. In 2019 it became the Racing Industry Transition Authority (RITA).

With the passing of the Racing Industry Act 2020 the non-betting role of the Racing Board has been vested in NZ Thoroughbred Racing (NZTR) and the bodies of the other two codes (Harness and Greyhound racing).

TAB NZ is now responsible for betting and wagering activities only.

The year 2020 brought Covid-19 and challenging times for all; the racing industry was hit hard in many ways with racing ceasing for a period (April to June) and then resuming with officials only and no on-course crowds allowed, making 2020 a year like no other.

As we move towards a new future, the NZ Thoroughbred Racehorse Owners’ Federation aims to stay abreast of all the changes and challenges facing the industry, especially in relation to ownership.

Keeping our members informed and connected, at regional and national levels, has been important from the early years. Current personnel continue to work hard to ensure members are engaged and involved.