A full write-up of this trip appeared in the NZTROF Journal Vol. 11, Nos 1 & 2, 1978, over two parts. This is a summarised overview, written by Sally Blyth.

In May 1977 a group of Federation members headed off on a fabulous World Racing Tour. Organised and led by Federation Secretary Ian McMullin, the trip started with a 3-day stopover in Honolulu then went on to Los Angeles. After a day at Disneyland and a day at the races at Hollywood Park (now closed), the group headed for a 2-day stopover in Las Vegas.

Next it was on to Louisville and Lexington, Kentucky, where they visited Claiborne Stud and were fortunate enough to see Triple Crown winner Secretariat and the great Nijinski.

The next stop was Washington, DC where they saw the Preakness run at the Maryland Jockey Club. The race was won effortlessly by Seattle Slew, who went on to win the Belmont Stakes and thereby become one of 13 horses to win the Triple Crown (as at 2020).

On to New York and a visit to Belmont Park. Unfortunately, the totalisator wasn’t operating due to a strike of racecourse employees, but it didn’t detract from the enjoyment of the day. Canadian wonder jockey 17yo Steve Cauthen had a bad fall and a horse died. Steve was hospitalised but then went on to win 401 races during the season.

From the US, the group flew to Shannon, Ireland for various stud visits, including Coolmore. They also attended the races at the Curragh in Kildare – two events were won by Lester Piggott that day, one being on Alleged who went on to beat Balmerino in the Arc de Triomphe at Longchamps that year. Female rider Joanne Morgan won two races that day.

Then it was over to England where the group attended the Derby at Epsom. Lester Piggott won on The Minstrel in the last stride – it was his eighth Derby win. A fantastic day by all accounts.

A visit to Newmarket was next on the agenda but due to the outbreak of equine metritis, the English National Stud was closed to all visitors which was most unfortunate. They visited The Jockey Club – with membership restricted to 300 at the time, it’s a Club steeped in tradition and the history of racing.

A highlight for all was luncheon at Florizel Newmarket, home of Lester and Susan Piggott – this was enabled thanks to the close personal friendship they have with Federation President Sid Munro and his wife Gill.

After a few days of leisure in London the group headed across to Paris where they enjoyed several stud visits, including d’Etreham. There was a trip to beautiful Chantilly for the French Derby, although, alas, the weather was poor. They had lunch at the castle there and a visit to the stud owned by Baron Rothschild.

The group returned to London and, from there, people made their own arrangements. Federation Secretary Ian went to Ascot and Lords before returning home via Italy, Greece and Singapore. He went to the Fillipos Club in Athens and the Singapore Turf Club. Bruce Compton and Noel Harris were riding in Singapore at that time.

An amazing trip comes to an end! 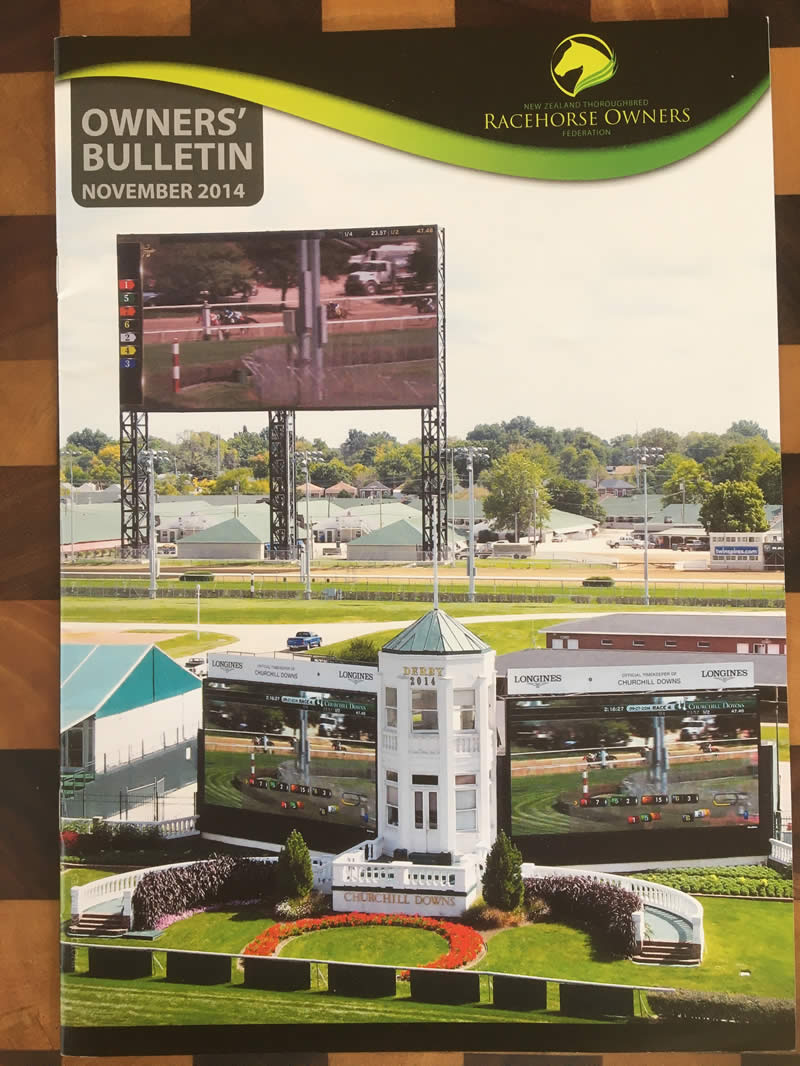