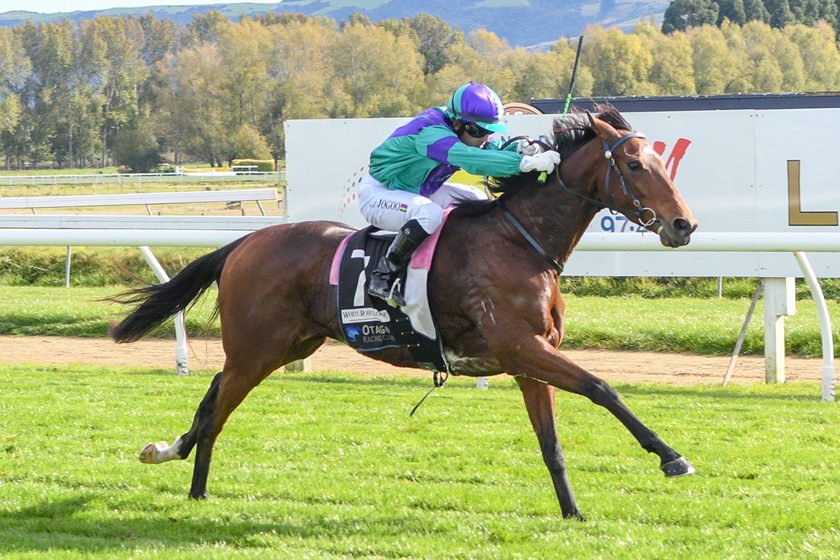 Lin is a 5yo bay mare by Tavistock out of For Love.
She had her first race in August 2015, beginning awkwardly and being unplaced.  Then she ran a couple of good trials, but didn’t flatter on race day in the North, with only one second placing from nine starts.
So, in mid-2016, Lin was sent south to Balcairn where trainers John and Karen Parsons welcomed her to their stables and took her to another level.  Since then she has put together an impressive formline: from 13 starts she has had three wins, two seconds and two thirds (including two wins in a row in April this year).
Four of Lin’s owners are first-time owners of a thoroughbred and Lin has given them all some great racing moments. One of those owners, Heather King, says it has been a blast and an incredible thrill to be involved with Lin, a small horse with a big heart, who always tries hard.
Heather credits John and Karen Parsons, and regular jockey Gosen Jogoo, with enabling Lin to find her racing legs and put some outstanding form on the board. Gosen has ridden Lin in all her races since being in the South; they are obviously a good partnership. Heather is also grateful to fellow owner Harvey Poole and, most importantly, Lin’s breeders. Without them in the mix, this very happy crew of owners would not have the joy of cheering on their favourite girl, Lin.

Heather believes breeders are the backbone of thoroughbred racing and now, thanks to Mrs L A Cole (breeder), she is truly “living the dream”. 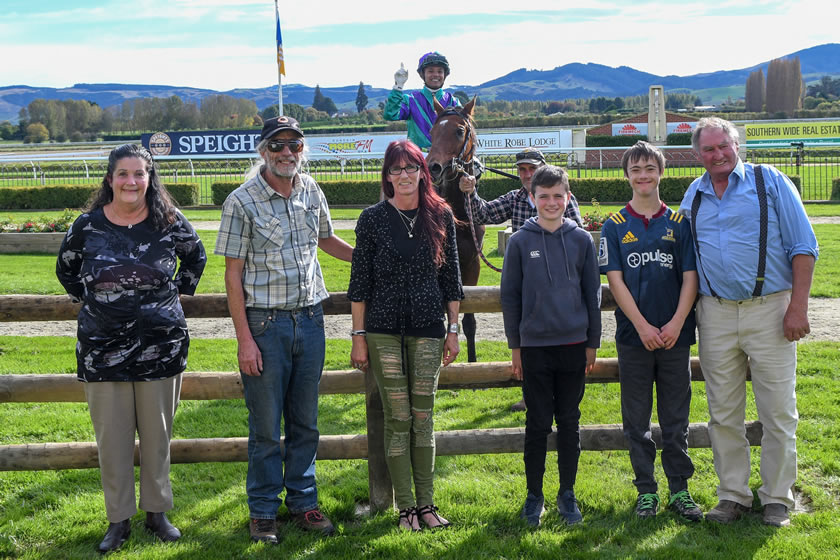