This story is brought to you by @FasttrackInsurance.

Once known as ‘The Sport of Kings’, Thoroughbred racing is one of the oldest performance sports around. The passion of the people within the industry is unshakeable, and with very good reason. There are few other past times which offer the feverish thrill and exhilaration that race day does, and few other industries where the people working in it don’t consider it to be a job, but a lifestyle, and an unbeatable one at that.

Despite the many benefits, this world class game seems to have gathered some misunderstandings over the last few decades, perhaps in the belief that it’s a sport only for a select few. In reality, it’s quite the opposite. There is unending potential for anyone, young or old, to experience involvement on so many levels. According to the racing population, from spectator to stablehand, track operations to owners, and jockeys to trainers - the passion, fun, excitement and camaraderie is second to none.

We spoke with astute and highly experienced bloodstock agent, Adrian Clark of Challenge Syndications in Cambridge. He specialises in offering people the opportunity to experience those pleasures through racehorse ownership. Once thought only possible for the elite, Adrian and many others have proved that this is not just a hobby for the wealthy, it can be for anyone who just wants to give it a go, regardless of age, race, gender, or status. 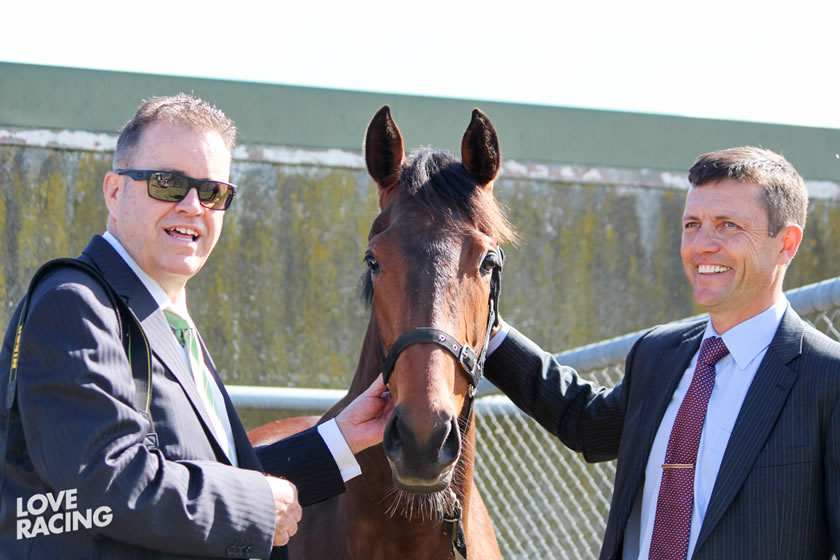 Adrian is a one man band, yet has managed to successfully build his dream up to eight syndicates. A ‘syndicate’ is a term which describes a group of people who all have part shares in the same horse, as little as 1% depending on your capacity, making it accessible to everyone.
With a motto of “affordability without compromise”, Adrian believes that the success of the enterprise is due to a combination of personal attention, a refusal to cut corners, quality of horses, and unfaltering personal communication.

His clients couldn’t agree more. Challenge 7 is the syndicate for ‘Swiss Precision’, a promising young 2 year old who won her debut trial at Foxton in August. Trained by John Bary, she ran a good third in her raceday debut in early September and has since been out enjoying a spell, having been back in work at John’s for a couple of weeks now.

With around 60 owners to date, Adrian tells me that 50% of them are brand new to ownership. They come from all over New Zealand, and for her first race, 35 owners, from as far afield as Geraldine, Whangarei, Whangamata and Christchurch, made the effort to be present. This is despite there being no guarantee of a win, or even a placing, a real sign of how much other enjoyment there is to be had from this captivating sport. 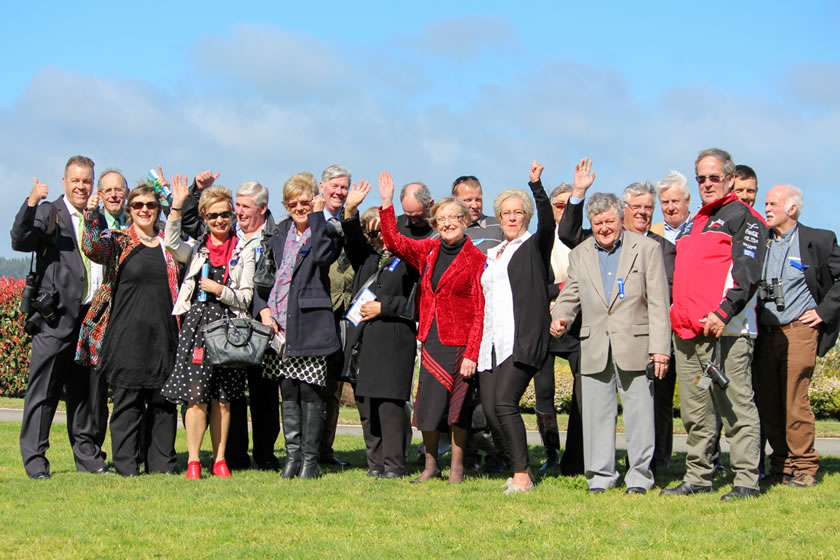 We wanted to hear it straight from the horse’s mouth, so we spoke with a couple of them. Owner, Alan Payne, can’t speak highly enough about it. He too, has recognised the shift in perception about racing, saying it really saddens him that people have such a wrong idea about it. “It’s so much more than placing a bet” he said. “Sometimes I feel like I can’t talk to people outside the industry, because they instantly pigeonhole me.”

From a farming background, Alan tried to race a horse in the 80’s, but the expense and burden on just one person was too much. He’s open about the fact that racing can be unpredictable, with ongoing costs for vet fees, trainers, injuries, and there’s never any guarantee of getting that money back, but says that the syndicate model takes care of all that.

Belonging to a syndicate was something he’d never thought about until he heard of Adrian Clark. Assured of Adrian’s “superior bloodstock experience”, the reasonable entry level fees to buy in, plus capped outgoings every month, Alan says there was nothing to lose. “It’s a lot cheaper than a boat, and more exciting” he laughs. While he’s quick to point out that monetary reward is the least of a number of other advantages, he jokes that he still doesn’t like to lose it, adding that this allows him to have all the fun of the sport without the financial pressure.

“It’s a pity that people don’t realise how rewarding it is, how once you try it, you’re hooked, in a good way! I have made so many friends, people I can really trust, we’ve turned into one big family.” He says that once made, many of the friendships extend beyond the racing arena, and that he’s never experienced that degree of camaraderie or the level of excitement before. “When you’re watching your horse come in, there’s just nothing like it. They call me ‘Mr Trackside’, because I’m always front seat, I can’t wait to get to the unsaddling area, I’m usually there before the saddle’s off!”

Another ‘Swiss Precision’ owner, Nick Cunnold, owns an upholstery business in Auckland. He loves this model of ownership, saying “If you want to have a heap of fun, but you don’t have a heap of money, then this is your game.” Nick adds that it’s important to have someone astute at the helm. “Somebody who’s not scared to cut the horses who aren’t performing, and sooner rather than later. And great communication, you’ve gotta know what’s going on.”

Both men insist that one of the best things about it, is that it doesn’t matter whether you own 1% or 50%, you still own that horse. The thrill is the same, in fact, because the excitement is shared with others who feel the same sense of ownership, it increases the pleasure no end. Talking with these folk made us wonder if it wasn’t just a case of letting people in on the secret. It’s almost as if the word ‘syndicate’ should be substituted by the word ‘family’ or ‘alliance’, or even ‘experience’, because that’s the way everyone describes it, a true reflection of what you’re signing up for.

For more information head to http://adrianclark.co.nz